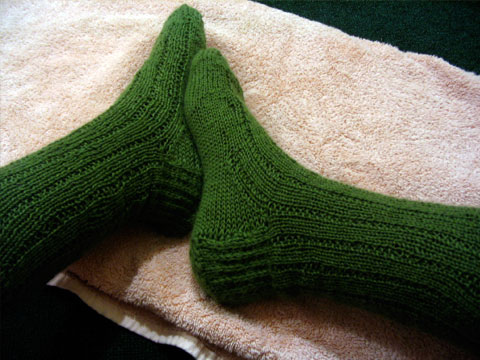 Hi! These are socks for my roommate’s boyfriend, Zach. According to Ruchi (roommate), Zach has sweaty feet, so either the wool content will absorb the sweat or make him sweat more, and then absorb it.

My initial problem with socks wasn’t so much heel flap or turning it, it was picking up the stitches after the fact without getting holes. When I saw the holes I’d rip the whole heel flap back because starting over is how I problem solve. So I have a lot of experience turning a heel which is the only not-boring part of a sock. Anyway, Zach’s mom is a knitter and I took this opportunity to try out a few techniques: 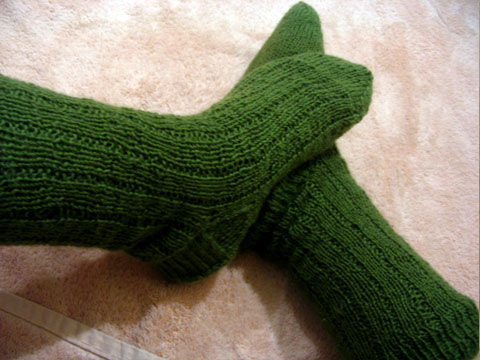 I’m wearing my poms underneath these socks for added bulk to my feet so that I can try these on and photograph them. These socks are knit for a man and I have little dainty girly feet. 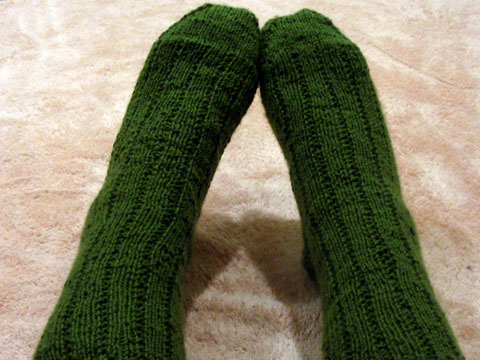