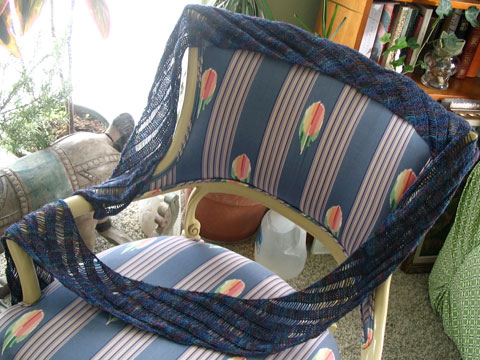 Hi you guys how is everybody. I’m feeling much better thank you. This entry has a lot of parentheses (I have a lot of interjections.) My first finished object of the year is (ugh, yes) a Clapotis.

This is not my first or second Clapotis, but it’s my first clapotis scarf. I feel like this absolves me somewhat. I only did one repeat of the increase section and intended to knit until I ran out of yarn. Well I have about a fifth of a ball left and this thing is longer than most basketball players are tall. It can be wrapped around the neck no less than twice, which is good because it’s so drapey that two neck wraps would provide a nice amount of neck shielding for the intended wearer, Jay’s mom. Jay’s mom is a native of Quebec province, and since the Clapotis is hella French, I can bring this over on my bicycle, in addition to the baguette I baked, sporting my moustache (which, incidentally, is not me of trying to be French, but an innate property of me being a dark-haired Jew. A tiger can’t change its stripes, but I suppose it can have them waxed every six weeks.)

The yarn, a donation from Cirilia, beguiled the HELL out of me. It was wound like Noro is wound, and it looked to me like Silk Garden, however, it was clearly a fingering weight. So it may be Silk Garden Fine or Silk Garden Lite or whatever, which I didn’t know was even manufactured because I never heard about it. Nonetheless, it was perfect for this project in the way it draped and the way the colors coexisted with one another (not sure what this property is called). It makes a lovely finished garment.
Knitting it kind of sucked though because about a third of the way into the project I ate some smoked lox with my hands and so for the rest of the project the Clapotis smelled like Nova Scotia. 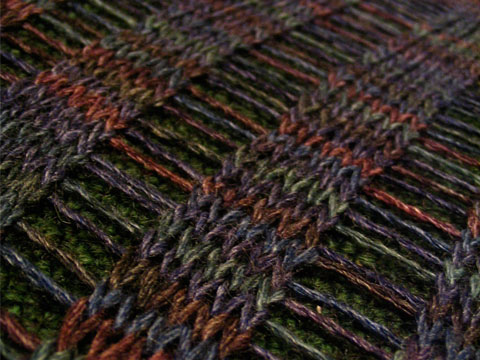 Did I block it? YEAH I blocked it. I also purled through the back on each side of the dropped stitches for x-tra structure. 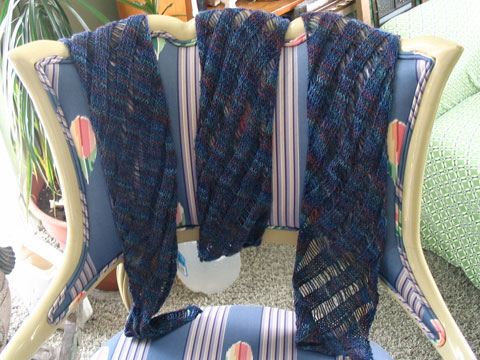 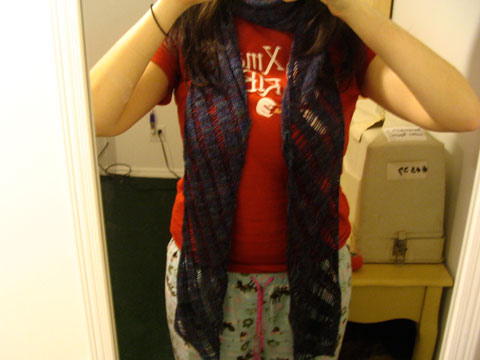 This is the length. 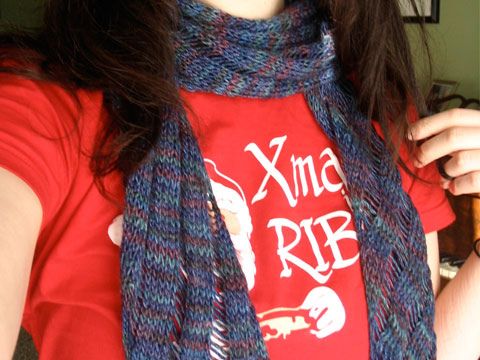 Double wrap around the neck. Xmas is RIBS!