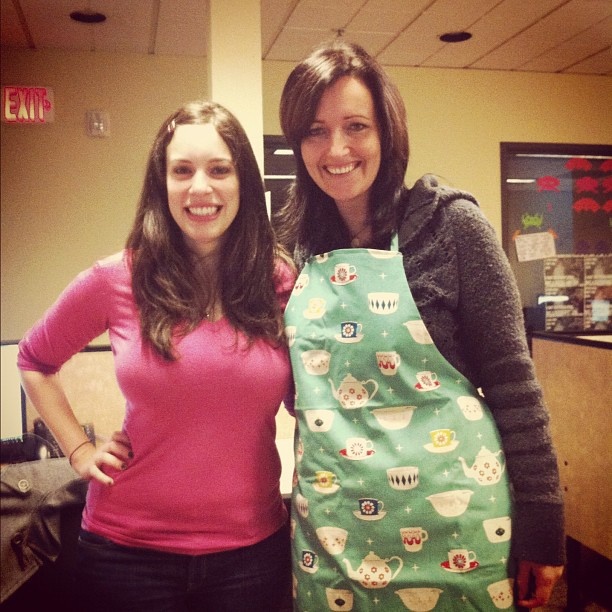 “So I’m really bad at blogging lately.” Usually I don’t mind keeping a buffer for the times when I’m not creative, but I’ve been prolific lately (I even knit two things that will never make it to the blog!). So expect a DELUGE of crafts, because at this rate it would be dumb to be like “Here are some gloves I knit” when it’s June. 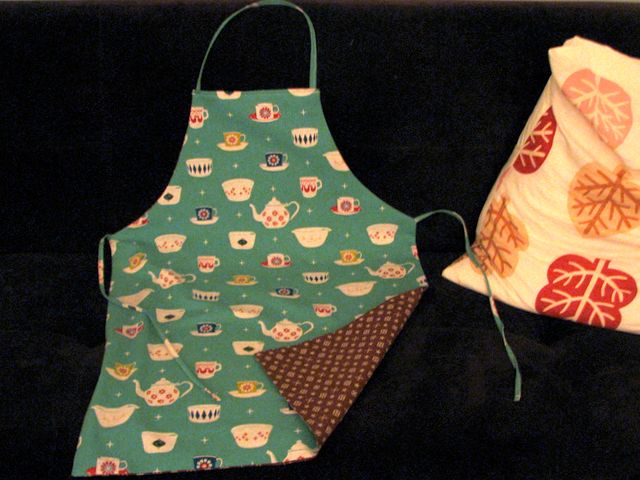 This is an apron I sewed for my colleague and close friend <a href=”http://petragregorova.com/ class=”url” rel=”friend met co-worker”>Petra, who is a masterful and generous cook. I made it for her birthday. Her birthday was on All Saints Day, which is November 1st. So I’m a little bit behind on this blog.

The apron was made using a jcaroline creative pattern that I used to for my friend Ruchi’s apron in 2008, but I made some executive decisions, as I’ve become a little bit better at sewing in three years. Instead of the raw side of the fabric ever showing, I made two aprons - one out of the main fabric and one out of contrasting fabric, and sewed them together so essentially the apron is reversible (though the main fabric so overwhelms the contrasting fabric in pleasantness that you wouldn’t ever want to reverse it). I also eliminated the pocket, because I don’t think people use pockets in aprons, though that’s just an assumption. I cook in pajamas and sometimes nothing at all and I don’t have pockets. The neck tie is also a loop rather than a tie, and instead of using ribbons for the neck tie and waist straps, I cut bias strips of the fabric and made the ties from the fabric itself by folding it in on itself several times and stitching down the length of it. Portland recycles. 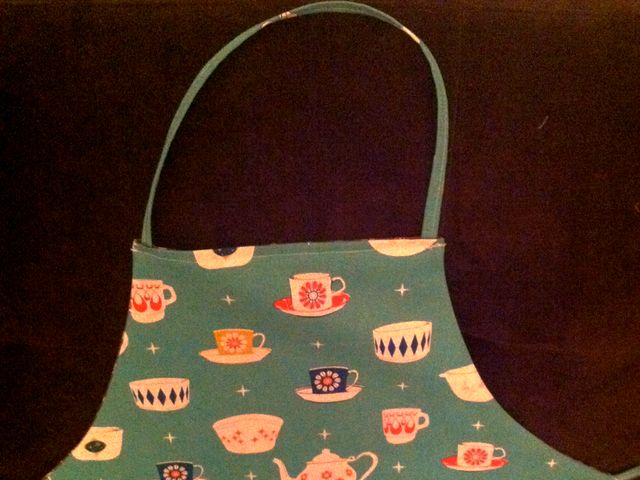 The fabric, by the way, is the best. I bought it orginally for home decor purposes - I was just going to frame it because I’m a super lazy decorator, but I bought a little extra because I liked it that much. It’s a heavy cotton, almost like a canavs, but the pattern, colors, and the mood are just delightful, and perfect for Petra. I had more trouble finding a contrasting fabric to pair it with, but i went with a lightweight brown cotton with some charm elements (think Lucky Charms or Louis Vuitton…those types of icons). Nobody will really see the inside, but it was necessary. 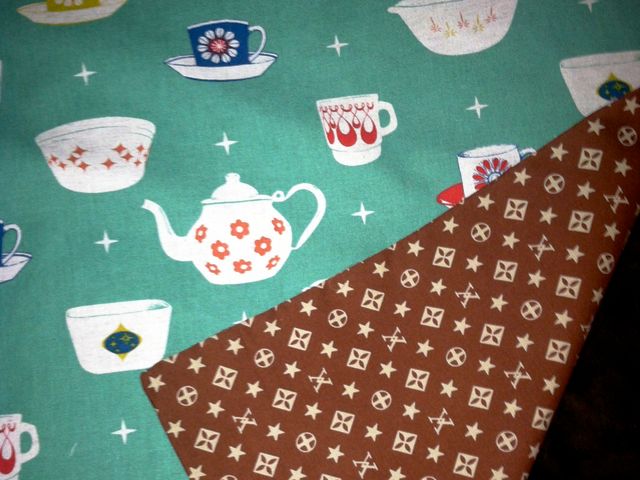 There were some other design elements I was hoping to incorporate; piping and embroidery, but wasn’t confident in my skills to do so. Those are two skills I’d like to develop in the new year. I pretty much want to use piping and embroidery on every project and never do.