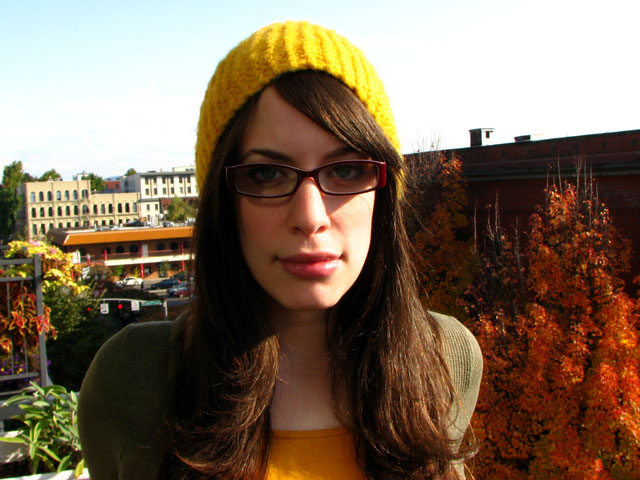 This hat is garter stitch - simple enough - but like Transformers, there’s more than meets the eye. The garter stitch doesn’t go back and forth, it goes up and down, which means this hat couldn’t simply be worked in the round and decreased at the top, it means it had to be provisionally cast on, worked flat back and forth with short row shaping toward the crown, and then grafted together.

There exists a pattern generator, Zeebee by Schmeebot, that will give you a similar hat, but with too much crown shaping for what I was trying to accomplish, so I used the concept behind this pattern to create my hat. The Zeebee pattern contains a lot of details, especially concerning technique and schematics. Here is how I made it:

Wrap and turn more stitches for a more pronounced cup-shaped crown. I only worked three stitches.

If I could have done anything differently, I would have made it bigger overall - cast on more stitches, and worked one or two more repeats of the pattern.