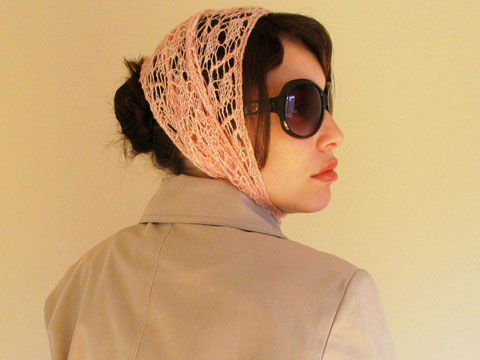 This appeared out of nowhere in the middle of September: it’s a Branching Out in Knitpicks Alpaca Cloud, and it also happens to be the first thing I ever knit, we’re talking February 2006 here. It’s feather-light and it looks alright. At the end of September I moved from NYC to Portland, Oregon (bonus points: I had a job offer!!). I currently live in inner South East, and I’m triangulated by a fabric store, a yarn store, and a yoga studio. Portland can be overcast and drizzly and it’s frequently cloudy and damp in the mornings, so I wear this scarf on my head like this to keep the humidity away from my precious mane. Anyway this weekend I went to a yarn sale and scored a FULL CONE of Jaeger 2/18 Silk/Merino in Midnight for $11, which is amazing because I was really hoping to pick up some laceweight! 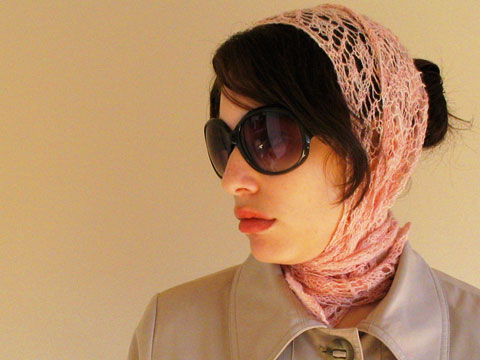