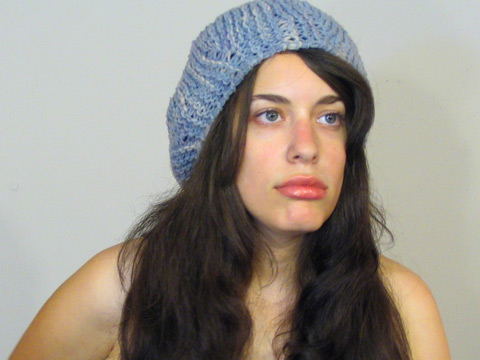 Hi I knit something. Knitting has been very emotionally difficult for me since Bears on Swings. When I learned to knit at the end of 2005 it was during a time of my life that was unproductive and knitting was an exercise in being inspired and making things. Right now it’s impossible for me to knit myself out of my problems and it’s difficult to commit to large projects. I’ve been sketching some, and the next large project I undertake may be something that I designed (though to be honest, I do have a Snowdrop Shawl on the needles. I’ve knit ZERO REPEATS.)

So this is Urchin by Ysolda Teague. Ysolda is gorgeous and her patterns are whimsical. The yarn was a holiday gift from my roommate Ruchi; an organic hand-dyed bulky merino from the Union Square market. Its rustic quality made it a good candidate for this beret, and because I only had one skein of it, it was at the top of the list. As expected, I didn’t get gauge, so I cast on 26 stitches (effectively, an XL) and I was able to easily modify as necessary (Just did everything recommended for the large size +1). Though I only did six repeats and reinforced the headband with elastic, I wish I had only done five repeats instead because then I would have gotten a more pronounced shape. 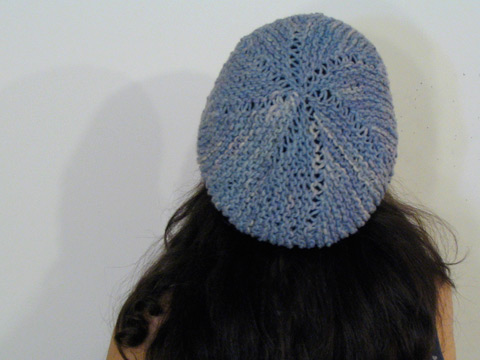 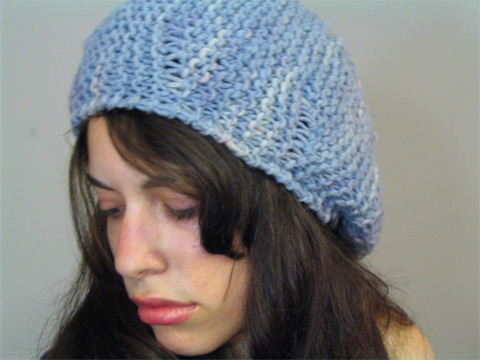 As for my personal life, things are starting to come together, albeit on the wrong coast. I’m working on a large scale sculpture project; I talk about it all the time. It’s like, thesis-worthy and there will likely be a written component to this when it’s done. It’s conceptual, it’s physical; it’s destructive, it’s generative; it’s archival and timeless, seriously, MFA programs are so weird, why would I want to wait two years and pay an institution for accredidation for doing something that I’m already doing? See how ridiculous MFA programs are??